How will Bangladesh pay for massive upcoming power projects this year? The country was celebrating its hundred percent electrification in mid-March last year. This remarkable feat was achieved through an investment of more than $28 billion in power generation since 2009. Little did Bangladesh imagine how the Ukraine war and subsequent sanctions by the USA on Russian oil would crumble that achievement. Bangladesh is set to resume importing liquefied natural gas (LNG) from the spot market as it has sought a cargo for the first time in eight months, reports Bloomberg.The state-run Rupantarita Prakritik Gas Company Limited, also a company of the Bangladesh Oil, Gas and Mineral Resources Corporation (Petrobangla), is seeking to purchase a cargo on delivered ex-ship (DES) basis for 21-22 February delivery. The term DES requires a seller to deliver goods to a buyer at an agreed port of arrival. The country is lagging far behind in adoption of renewable energy. Bangladesh targets 40 per cent power generation from clean energy by 2041. Why is it going so slow, especially when the country is suffering from myriad problems? The Power Development Board is failing to pay the bills to the power plants for its purchase of electricity. Now it plans to raise the power price once again. Industrialists said the gas tariff hike could harm Bangladesh’s business competitiveness. While some were willing to pay more for an uninterrupted gas supply, they did not expect this massive hike, something the industries would not be able to bear 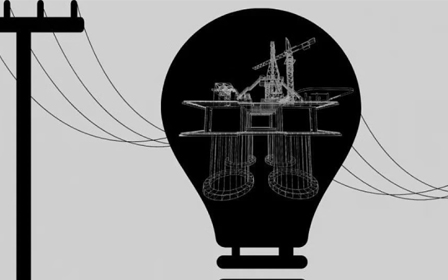 The government has recently raised the electricity price for consumers by five percent on average, bypassing the procedures of the Bangladesh Energy Regulatory Commission (BERC). Not only that, the State Minister for Power, Energy and Mineral Resources Nasrul Hamid said that, from now on, electricity prices will be “adjusted” in the first week of every month by executive order. The government yesterday raised the retail price of gas by 14.5 percent to 178.9 percent for industries, power plants and commercial establishments, who together account for 78 percent of gas use in Bangladesh, as it looks to lessen its unsustainable subsidy burden amid a narrow fiscal space.

NEW ENERGY MASTER PLAN: More power, but at what cost? The final Integrated Energy and Power Master Plan (IEPMP), prepared by the Ministry of Power, Energy and Mineral Resources (MPEMR), is coming out in March this year – at a time when the sector may still be going through a short to medium-term crisis. However, even if the crisis is not long lived, the strategy should still go beyond to tackle problems in the medium and long run. In December, there was some improvement in the supply of gas to industries, but after a month the crisis has come to the surface again. As a result, in addition to the disruption of production, the cost of running factories with alternative energy has increased. Amid such a situation, the government’s move to increase gas prices once again has made entrepreneurs worried. As part of the long-term master plan for the power sector, the government has been working to implement the plan in phases to generate 40 percent electricity from clean energy by 2041. “Plan has been taken to generate 40 percent power from the clean energy by 2041 and import about 9,000MW under the regional and sub-regional cooperation from neighboring countries,” State Minister for Power, Energy and Mineral Resources Nasrul Hamid told on Tuesday. Business leaders on Saturday said that the latest price hike of electricity would put a negative impact on industry and livelihood of people as Bangladesh’s economy was experiencing unprecedented challenges. They said that the price hike of power would also erode the competitiveness of export sector on the global market. The businesses also said that instead of increasing power price, the government should manage the situation through increasing efficiency of the power sector and reducing system loss.