Bangladesh is expanding coal mining in the wake of the crippling energy crisis severely affecting its industries and everyday life even with the winter approaching. Winter substantially reduces energy demand in the otherwise humid, warm climate of Bangladesh.

But this year the global energy crisis triggered by the Russia-Ukraine war left factories with daily power cuts of up to six hours and wavering gas supply.

Dozens of power plants dependent on imported oil and gas are out of operation sustaining the acute power crisis even after a fourth fall in its demand due to temperature fall..

Located in Dinajpur’s Nawabganj, the Dighipara coal mine is still considered shelved by the San-Francisco-based Global Energy Monitor, a non-government organization tracking fossil-fuel projects. Over the time several coal-fired power plant projects were planned based on the coal mine but none advanced so far.

In 2020, a feasibility study revealed the coal mine sitting on 70.60 crore tones of reserve.

The development of the mine for coal lifting might take six years, Nazmul Ahsan said, hoping to extract more than 3,500 tons daily.

Bangladesh currently operates one coal mine with an average daily production of 3,000 tons. Densely populated Bangladesh is strongly opposed to coal mining, particularly open pit, for its economic, environmental and health consequences.

Still, coal is set to dominate Bangladesh’s energy mix through 2026, especially after it became clear that the current global energy crisis was to stay for the next four years, if not longer.

Bangladesh aggressively expanded its installed power generation capacity based on gas despite domestic dropped, leading to increased import dependence, which is supposed to meet a fourth of current gas demand.

But Bangladesh could never import gas as needed, not even during the beginning of the Covid-19 pandemic, when gas price dropped to historic lows.

The potential long-term LNG suppliers advised Bangladesh to get back to them for new contracts after 2026. A November 8 analysis by the BloombergNEF, a strategic research provider covering global commodity markets, said that economies like Bangladesh and Pakistan cannot compete with Europe on price and Europe’s LNG import might grow by 60 per cent through  2026.

The analysis went on warning that power shortages, factory closures and social unrests in Pakistan and Bangladesh might extend into the next decade.

Natural gas accounts for about 50 percent of Bangladesh’s current installed electricity generation capacity of 22,512 MW, except captive power. On November 16, Petrobangla produced 2,592 mmcfd, including 380 mmcfd of LNG, against an estimated demand of 3,911 mmcfd.

Given that 600 mmcfd of domestic gas was added by 2026 as per the plan, Bangladesh would still have a shortage of 1,000 mmcfd to meet the then projected demand of 4,207 mmcfd.

‘Coal could be an alternative in this situation but we are not fully prepared to use it,’ said Nasrul Hamid.

Bangladesh meets 90 per cent of its current coal demand through import. About 8 per cent of the current installed power generation capacity or the production of 1,768 MW is dependent on coal. ‘We have to understand we are living in a critical time when survival is the first question,’ said Petrobangla chairman Nazmul Ahsan, referring to examples of developed nations going back to burning coal for energy.

Bangladesh’s proven coal reserve is some 313.9 crore tonnes, with roughly one million tons extracted underground annually, about 65 per cent of which is used for electricity generation. Bangladesh has the fourth highest coal-power capacity in pre-construction status, according to an April report of the Global Energy Monitor.

‘The government does not seem to have realized the extent of the problem,’ said energy expert Badrul Imam, surprised by the government’s continued investment in expanding infrastructure for LNG import.

Had the incumbent government expanded renewable capacity on time, heeding calls from all over, Badrul said, Bangladesh could have avoided facing present crisis.

‘The government simply refused to understand Bangladesh cannot sustain development with imported energy,’ he said. Badrul advised that the government tap own energy potentials and expand renewable capacity to come out of the present situation.
The power minister however considered tapping own energy resources as long-term solutions for the minimum time it might take. Gas extraction from new domestic sources will take at least eight years while coal extraction might take six years, he said.

Energy expert Mohammad Tamim is optimistic about the global energy crisis easing after 2026 with Russian energy findings its way to Asian market in a way or the other.

‘And yet this is just an assumption. Nobody knows the course the Russia-Ukraine war is going to take,’ he said.

A lot also depends on how the current dollar crisis, shrinking Bangladesh’s import, turns out in the coming days.

The stranded power capacity culminated in the payment of Tk 72,567 crore as capacity charge between 2010-11 and 2020-21, according to a report of Bangladesh Working Group on External Debt.

The payment of capacity charge necessitated frequent power price hikes, energy experts said, adding that the electricity price was increased 98 per cent in 10 phases in 11 years.

The PDB incurred a loss of Tk 76,115 crore over the same period, the BWGED report said.

The PDB was already deep in economic trouble long before the global energy crisis pushed up energy prices the aftermath of the Covid pandemic and the war between Russia and Ukraine.

The global energy crisis rather facilitated what was inevitable – leading dozens of gas and oil fired power plants to close.

Renewable energy investment, on the other hand, was poor and it accounts for 2 per cent of the current capacity, half of it established about seven decades back.

‘To think that fossil fuel is the only exit out of the current energy crisis is sheer stupidity,’ said economist Anu Muhammad. ‘Mining coal in a densely populated country like Bangladesh will have unmanageable impacts leading to even more financial burdens and disastrous environmental and health consequences,’ he said.

Fossil fuel projects were never feasible warranting irregularities and corruption on part of its implementers serving the interest of a small group of people, explained Anu Muhammad.

‘Expanding fossil fuel footprint is suicidal for the nation,’ he said. 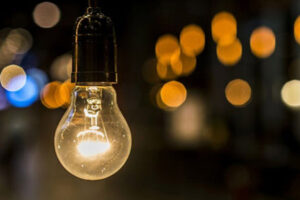 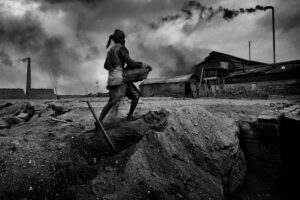 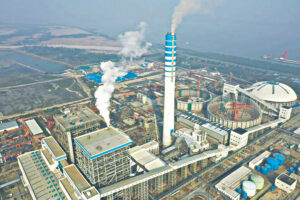